For the eco Complaints Office, 2017 was an eventful and demanding year. The Annual Report 2017, published at the beginning of March, reveals an 11.2% increase in reported complaints compared to the previous year.

We are pleased to report a significant increase in the success rate: around 95% of the web content reported to the eco Complaints Office was removed from the Internet worldwide; the year before it was 78%. Only a fifth of the reported URLs were hosted in Germany. Noticeably, websites with Child Pornography hosted in Germany were offline (“taken down”) within 2.28 days on average. 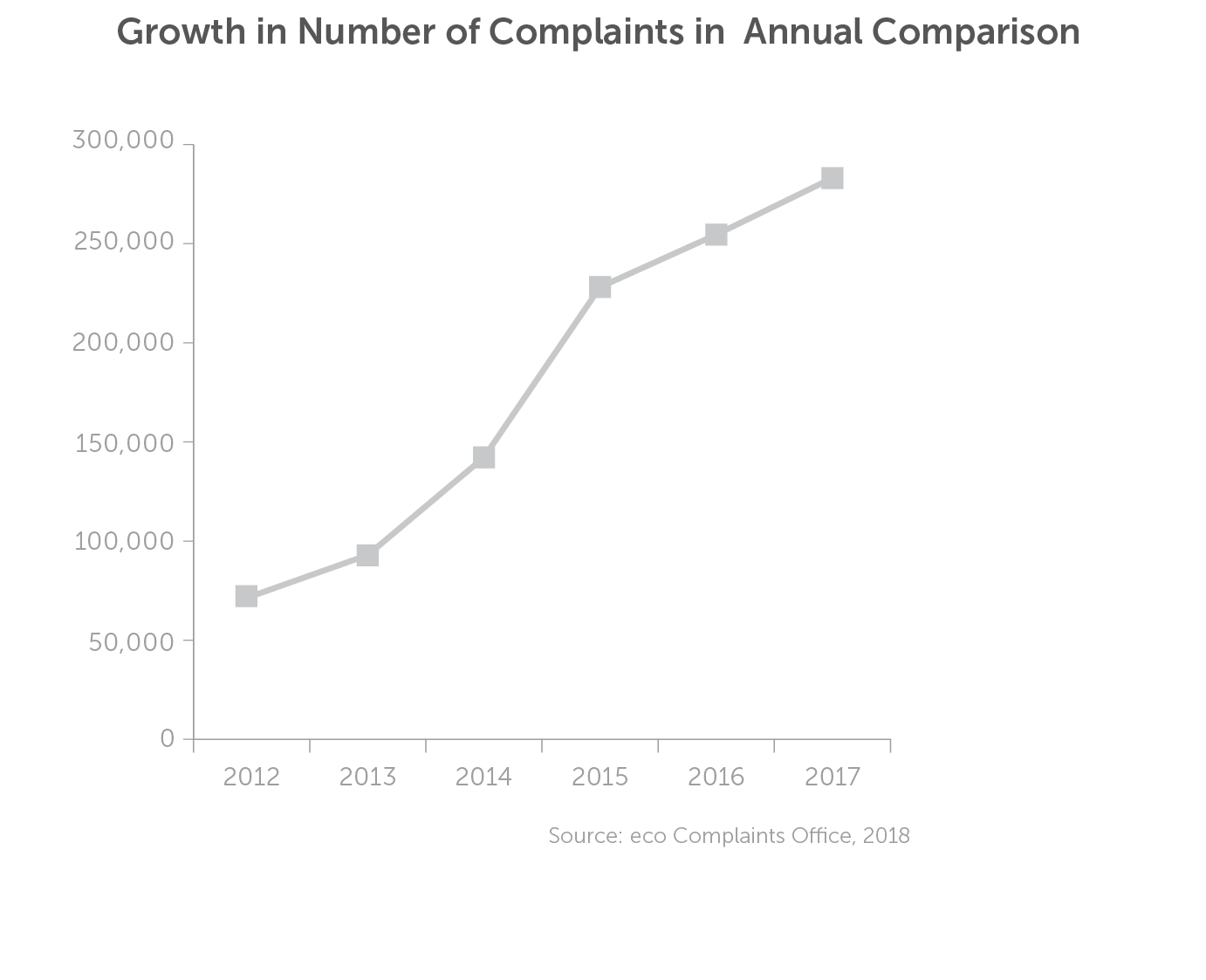 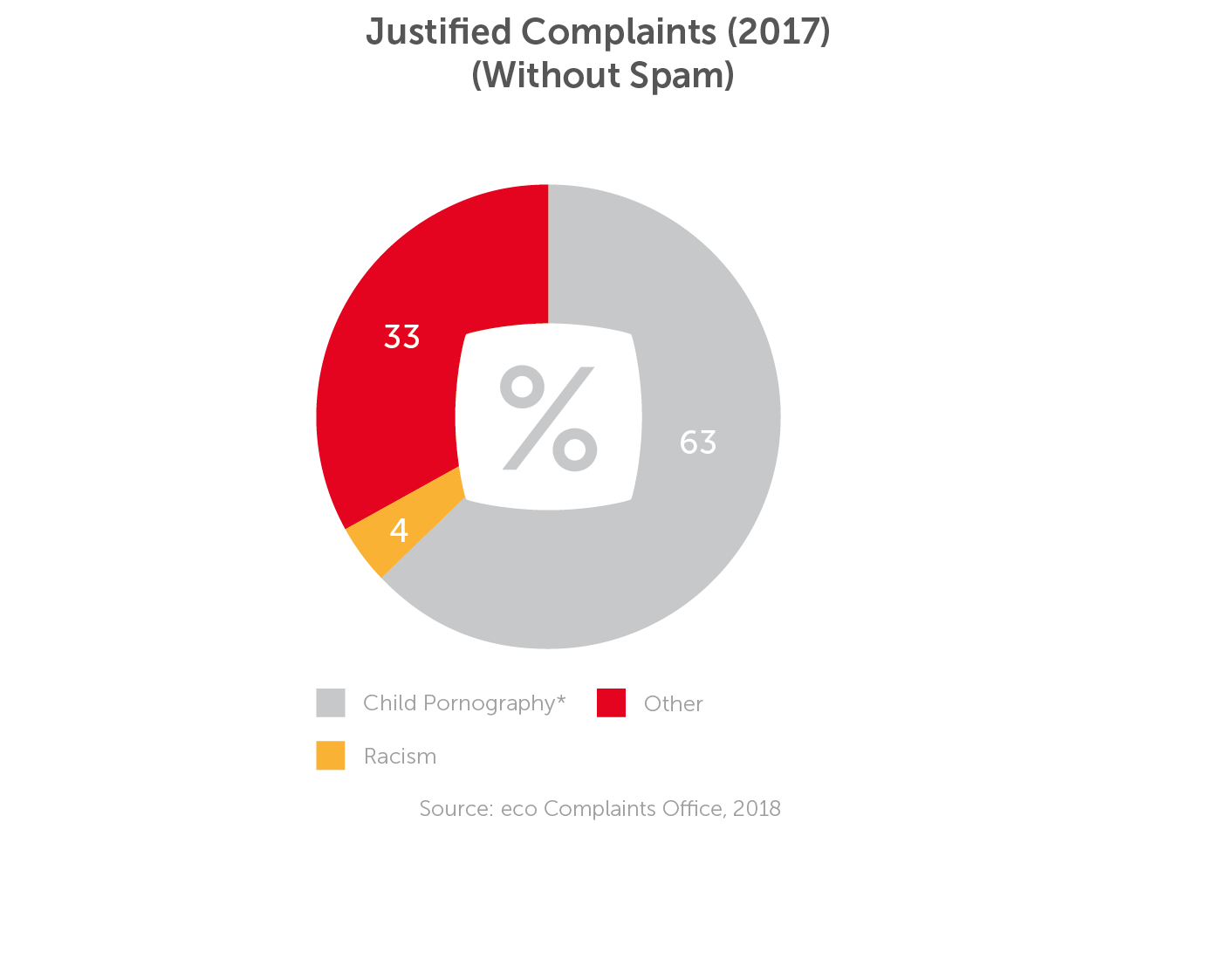 * When we refer to “child pornography”, we are referring to a specific offense, defined in Section 184b of the German Criminal Code.

In 2017, we intensified our long-standing and good cooperation with the law enforcement agencies– both in the area of combatting sexual abuse of children and racism/”Hate Speech”.

We also bring our know-how and experience to bear in representing political interests at the national and international level. By working on an international level, we are always up-to-date with the latest global political affairs, and thus we are able to immediately notice and react to new developments.

Further information and response times can be found in our current Annual Report 2017. 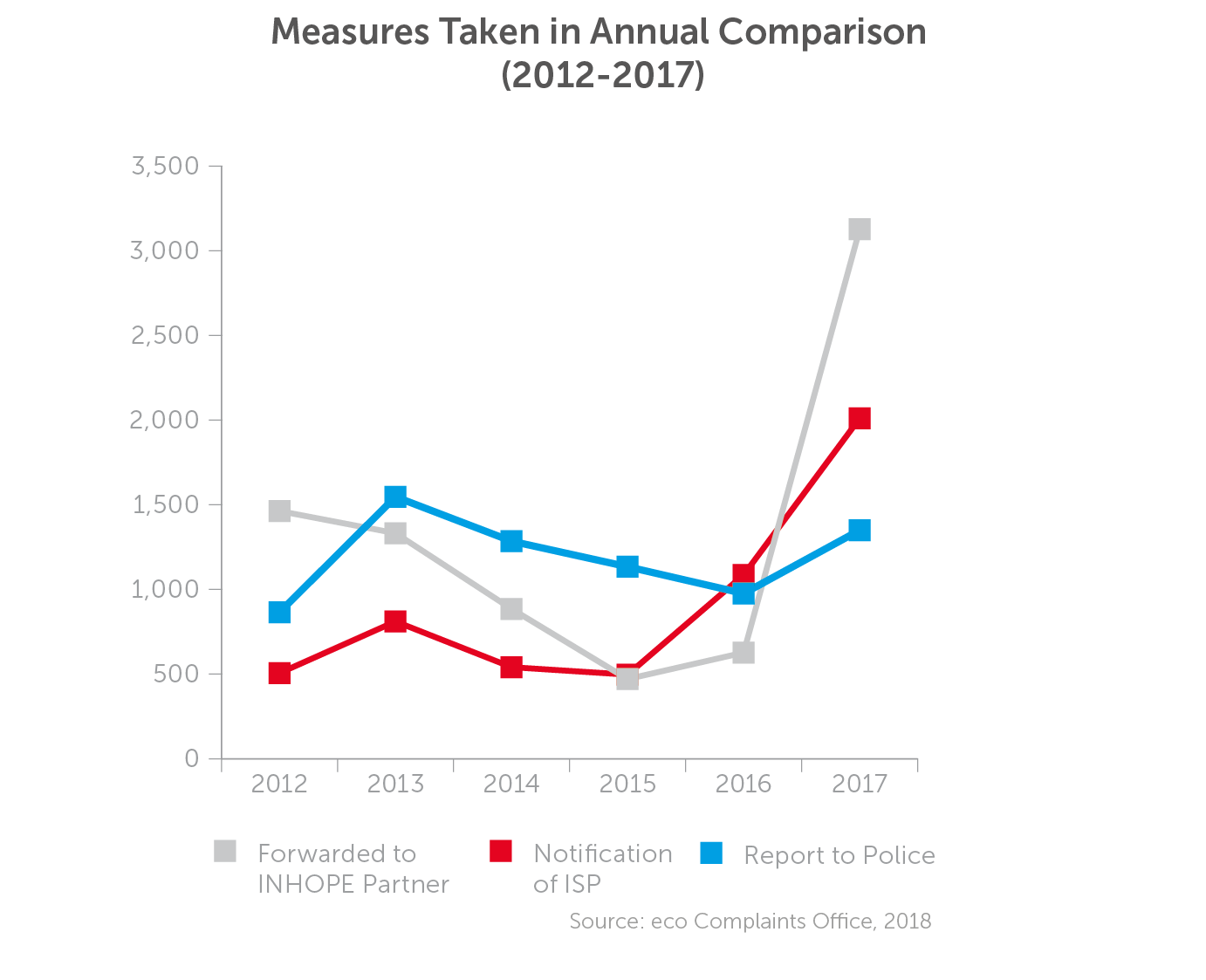 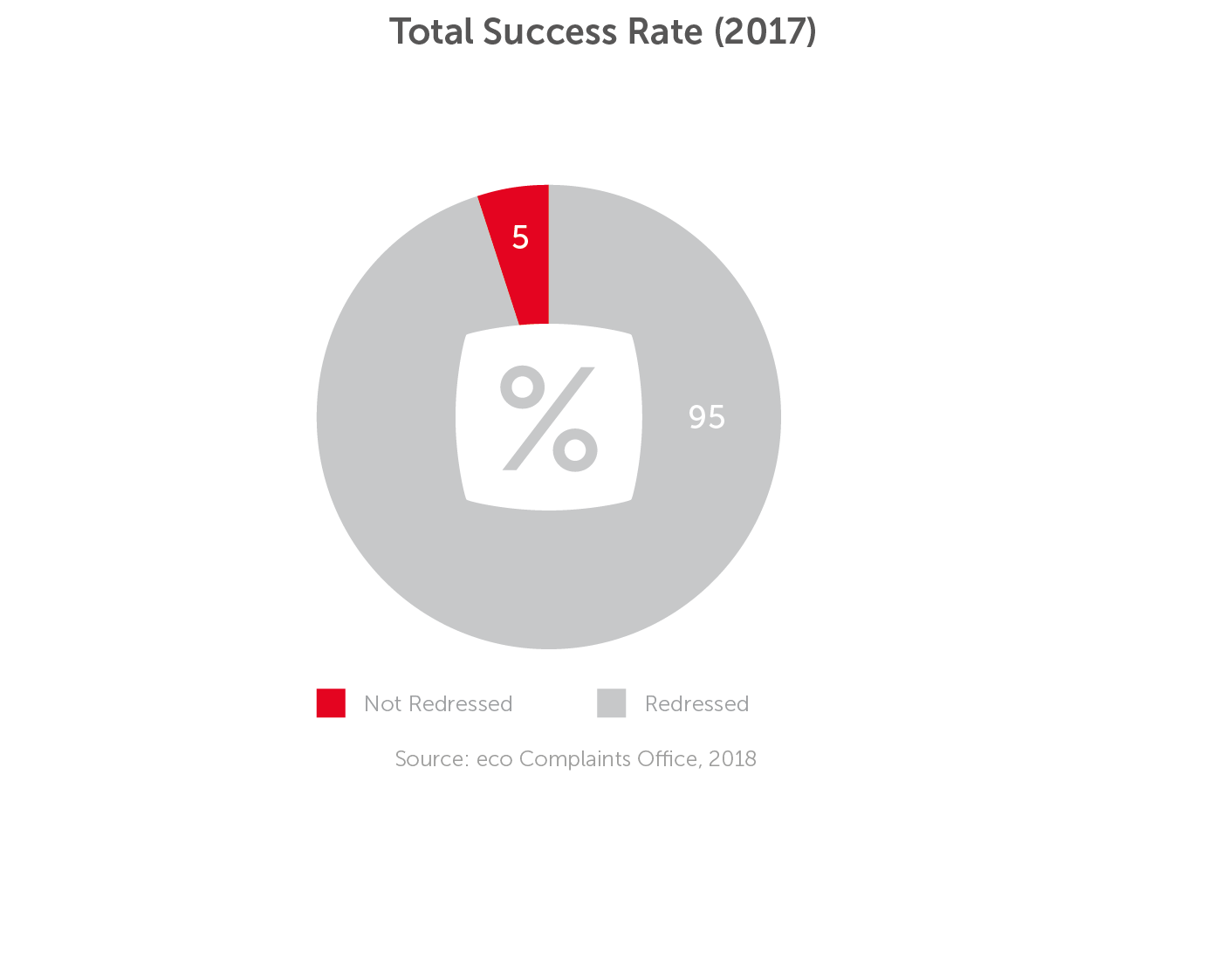