On 26 September 2017, the German Ministry of Economic Affairs and Energy invited government officials and national representatives of cloud initiatives from France, Italy, the Netherlands, Austria, Romania, the Czech Republic, Slovakia, Germany and the European Commission to meet up in Berlin. The meeting focused on the discourse about the pan-European harmonization of national initiatives to secure the European digital single market. The first step in this direction was the signing of a joint agreement between the cloud label initiatives Zeker-Online (Netherlands), Label Cloud (France), and Trusted Cloud (Germany) in December 2016. At this year’s CeBIT, the EU Vice President Andrus Ansip emphasized his strong support for the initiative, which for him is a contribution to strengthening the digital single market.

Dirk Wiese, Parliamentary State Secretary for the German Minister for Economic Affairs and Energy: “The internal market is the foundation of the EU. With the help of the European digital single market we are laying the foundation for the future of the digital age. In recent years, we have already achieved many successes in this area: We have harmonized national provisions for cross-border online commerce and copyright law, and we also abolished roaming fees. However, there is still much to be done. Cloud services are currently the center of attention because they are a central instrument for the digital transformation of our economy. We need common standards to support, first small and medium-sized enterprises (SMEs) across borders, so that they can better evaluate and use cloud services. At the suggestion of the German Ministry of Economic Affairs and Energy, three European label initiatives already signed a joint agreement last December. We want to extend this cooperation to other European countries. Today’s conference will provide an important impetus for this and bring us closer to a true digital EU internal market.”

Digital services are an integral part of our day-to-day life. On the one hand, the challenge remains to evaluate which of the providers and cloud services are trustworthy. On the other hand, the use of cloud computing is key to digital transformation and competitiveness of the European economy, especially for SMEs. For this reason, we support the development of cloud certification.

In the German/ French digital conference in December 2016, which took place in Berlin, the cloud initiatives Label Cloud (France), Zeker-Online (Netherlands) and Trusted Cloud (Germany) had already signed a memorandum of understanding, coordinated by the German Ministry of Economic Affairs and Energy. In essence, it is about harmonizing criteria for a secure use of cloud solutions. The expansion of the initiative to other European countries is the next logical step. For this reason, the German Ministry of Economic Affairs and Energy invited the representatives of the following bodies to Berlin:

The common goal for all participants is the promotion of the European single market for cloud computing. For this purpose, common standards should apply throughout Europe and will also be applied to other areas of digital platforms and services in the future.

Andreas Weiss, Director of EuroCloud Deutschland_eco e. V. presented the current state of harmonization, which should also lead to the mutual recognition of national certificates for cloud computing. As a result of the harmonization, the much-needed guidance and decision-making support can be provided for SMEs across different European states.

Orchestrating value networks to realise new business models and produce more sustainably is exactly what the Gaia-X-Federation Services project (GXFS) is realising as the nucleus of software for Gaia-X. Klaus Ottradovetz from Atos, Ernst Stöckl-Pukall from the Federal Ministry of Economics and Technology, and Harald A. Summa from the eco Association discussed why Europe needs Gaia-X at the GXFS Connect in Berlin.

An Interview with Christoph van Lück, Chair of the Board at ECHO 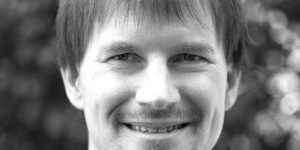