The ICANN61 Community Forum took place in San Juan, Puerto Rico from 10th to 15th of March, with an attendance of 1919 registered participants. As could be expected, the agenda of the first meeting in 2018 covered a wide range of topics, such as the discussion about geographical names and the cuts in the ICANN budget. However, the meeting was dominated by talk about the EU General Data Protection Regulation (EU GDPR) and how exactly it is to be applied in the domain industry.

The EU GDPR, which will come into force at the end of May 2018, will have equal applicability for companies that have their headquarters outside of the European Union, but which also process personal data of EU citizens. As such, it is not just the Internet Corporation for Assigned Names and Numbers (ICANN) itself which will be effected by the EU GDPR, but also, in particular, registries, registrars, and resellers.

In the time since the last ICANN took place meeting in Abu Dhabi, the eco Names & Numbers Forum has presented its “GDPR Domain Industry Playbook”, a comprehensive data model that has been the focus of much industry attention. A wide spectrum of opinions and interpretations of the EU GDPR still exists in the ICANN community. In particular, the question of whether and to what extent a public WHOIS will still exist in the future is the subject of intensive and heated discussion.

In his speech during the meeting’s opening ceremony, David Redl, Administrator of the NTIA, underlined that for the U.S. government, maintaining WHOIS services in their current form will be accorded priority, and that the agency would deem the possibility of WHOIS services no longer being available to law enforcement agencies in the future as being unacceptable. The representatives of the Intellectual Property Constituency (IPC) would also regard their interests as being compromised if access to WHOIS services were to be restricted. 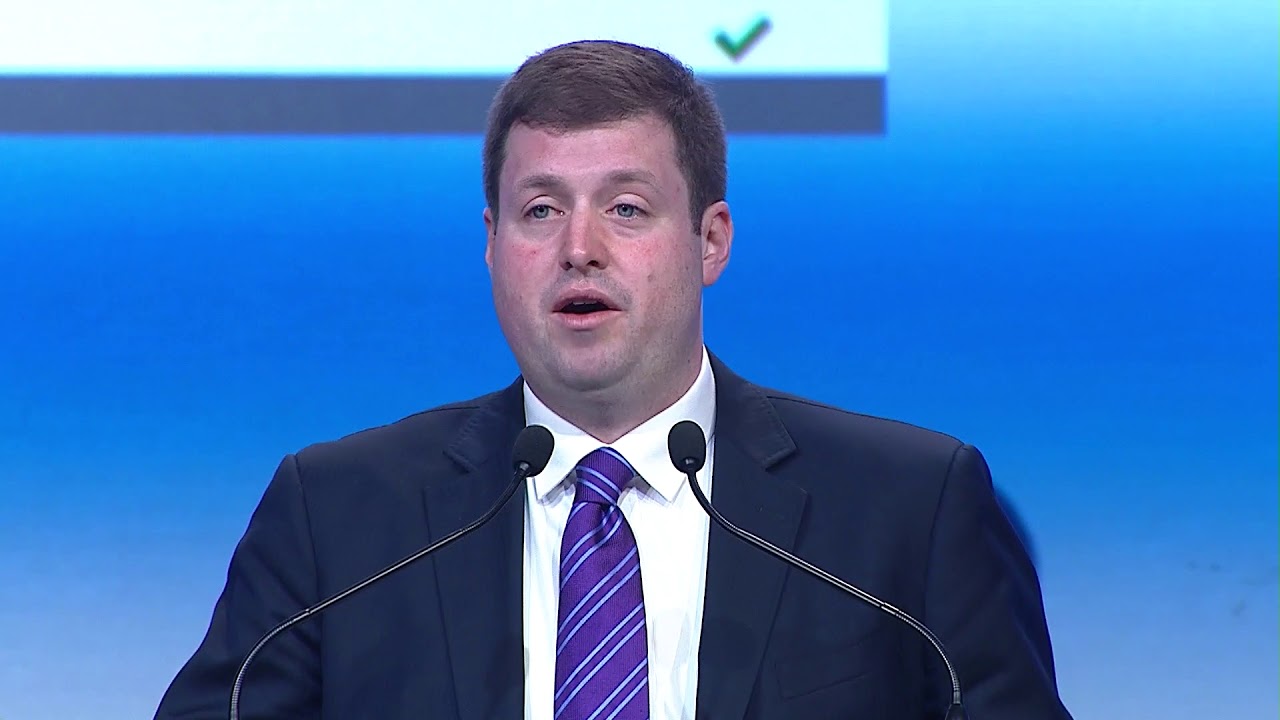 Throughout the meeting, what emerged again and again in the EU GDPR discussions is that there are a multitude of valid concerns for which access to WHOIS data should be granted. However, in the main, within the scope of the EU GDPR, there is a lack of legally binding justifications for legitimizing such accesses.

The proposal prepared by ICANN for the Puerto Rico meeting – which has in the meantime been tagged as the “GDPR Cookbook” or the “Calzone Model” – was lauded by the community as representing a major step in the right direction. Nevertheless, both the Governmental Advisory Committee (GAC) and other stakeholder groups cautioned that gaps still exist in the model.

The eco Names & Numbers Forum is in constant exchange with the registries and registrars and is currently preparing a statement with them on ICANN’s proposal, with a view to constructively progressing the discussion.

The Universal Acceptance Steering Group (UASG) met on Saturday for an all-day workshop to discuss and plan future activities.

On Sunday, Don Hollander and Lars Steffen gave a presentation to the GAC to open up dialog with the government representatives upon how the UASG can best discuss the implementation of Universal Acceptance in software and systems with CIOs from the governments of the represented countries. In the afternoon, the UASG gave its update to the community, and was also present at the ccNSO Tech Day on Monday and the DNA Breakfast on Wednesday.

The UASG will create further documentation on the subject of email address internationalization (EAI) in order to target specific email service providers. It is also intended to undertake a market evaluation of available email software and email service providers in order to obtain a status overview of how far Universal Acceptance has already been implemented in these markets. An “EAI Day” is planned for the first quarter of 2019 in order to better engage with these target groups.

The previously announced report on Linkification on popular social media platforms will be published in the second quarter of 2018. One impact of this report’s preparation is that the UASG has expanded its own activities and, in order to better disseminate the content developed within the framework of the steering group, now maintains its own accounts on Facebook, Twitter, YouTube, and LinkedIn. 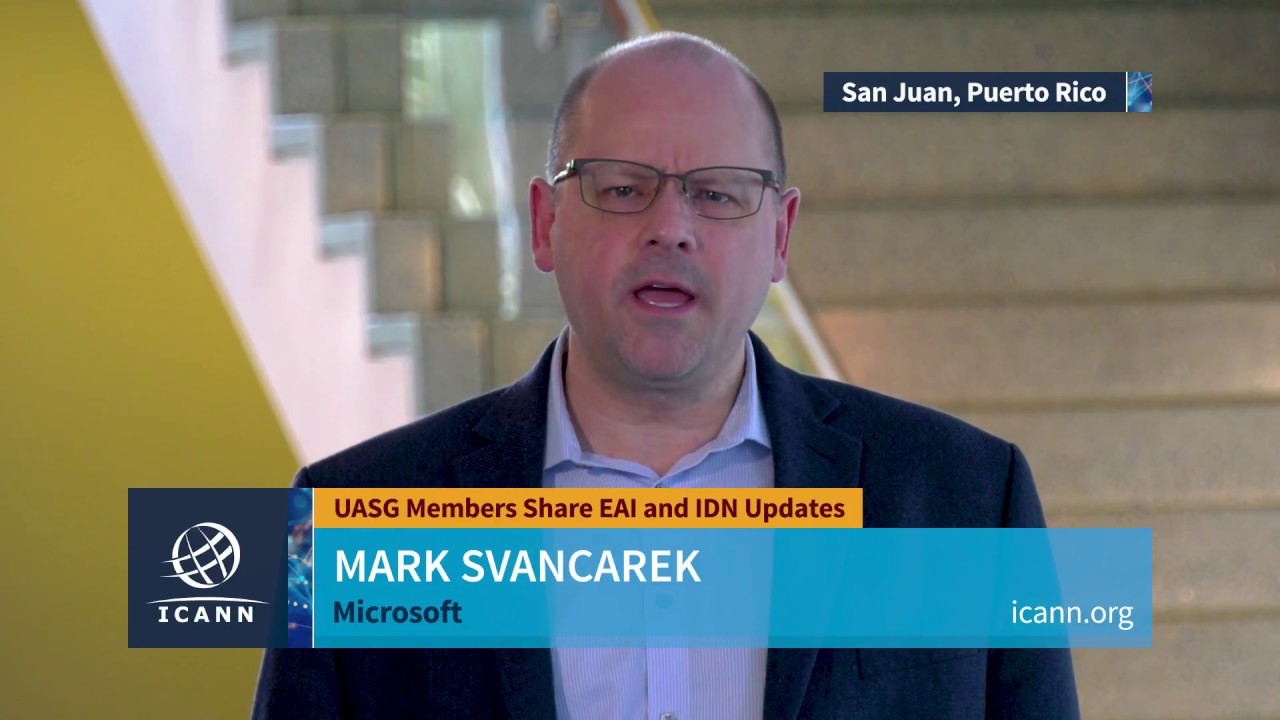 With Ashish Modi, Elaine Pruis, and Dusan Stojicevic, the first representatives of the newly established UA Ambassadors Programs have been appointed to support the UASG in its activities. The UASG also plans to work even more closely with communities such as M3AAWG.

The ISPCP supports ICANN in the KSK rollover

The postponement of the Root Zone Key Signing Key (KSK) rollover, which was initially supposed to take place on 11th October 2017, was also discussed again in San Juan. The rollover is ordinarily an automated ICANN-initiated process through which a new pair of cryptographic keys is created and the public key is distributed to the DNSSEC validation resolvers. However, a validation of the resolvers conducted in advance of the planned rollover date revealed that a large number of Internet Service Providers (ISPs) were technically insufficiently prepared. The ISPCP will support ICANN in the necessary communication among ISPs. In addition, Thomas Rickert provided the ISPCP with an update on the discussion concerning the EU GDPR and CCWG Accountability, whilst Lars Steffen reported on the results of the UASG workshop.

Next round of applications for new gTLDs

In terms of networking, the German Night – which is always co-hosted by DENIC and eco – was one of the highlights of the ICANN meeting in Puerto Rico. This offered eco and DENIC members, as well as member of the German ICANN community, the perfect setting for in-depth discussions.

In Puerto Rico, the second Face-2-Face Meeting of the eco Names & Numbers Steering Committee took place. One of the decisions made at the meeting was to further develop the GDPR Domain Industry Playbook. Sixteen representatives from all areas of the domain industry are represented on the committee. These include not only representatives of country code top-level domains (ccTLDs) and traditional and new generic top-level domains (legacy or new gTLDs), but also registrars, technical service providers, consultants, and secondary market operators.

The next ICANN meeting will take place in Panama from 23rd to 28th June 2018. The meeting website and registration are now open.

Making the Internet a Safer Place to Be - doteditorial

Ram Mohan from Afilias explains the importance of linguistic diversity online, and why a new approach to Universal Acceptance is needed. Read more on dotmagazine.