The 63rd meeting of the Internet Corporation for Assigned Names and Numbers (ICANN) took place in Barcelona from 20th to 25th of October 2018. ICANN holds three international meetings per year, which rotate among five geographic regions and three meeting formats with different subject areas of focus. With an attendance of 2,747 participants, the ICANN63 in Barcelona was the annual general meeting, with a comprehensive agenda covering a wide range of topics and a number of cross-community discussions on key policy issues of broad interest. Including side-meetings, like the UASG workshops on 19th and 26th October, ICANN63 covered a full week. 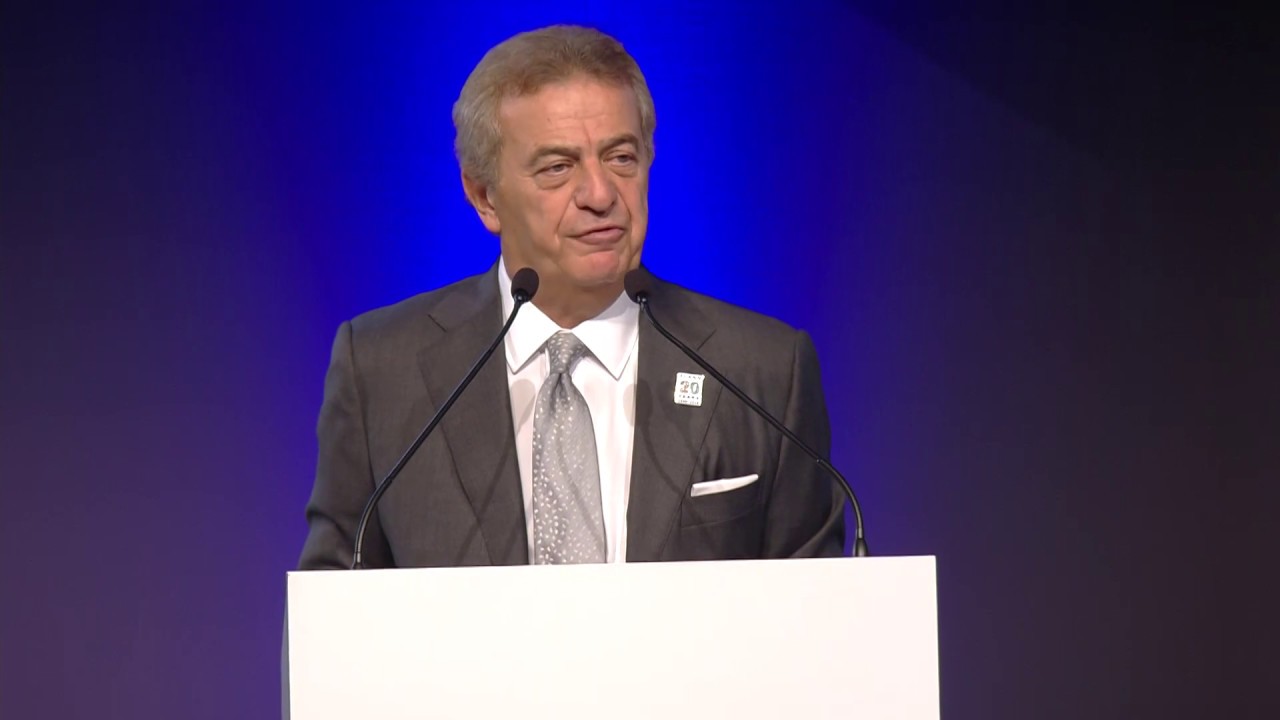 The impact of the European General Data Protection Regulation (GDPR) on the Domain Industry in general, and more specifically on the WHOIS system of domain name registration data, remained one of the most important topics in the ICANN community. In particular, discussions regarding the Temporary Specification for gTLD Registration Data that needs to be replaced by a community policy, are still controversial between the various stakeholder groups within ICANN. The Temporary Specification was adopted by the ICANN Board on May 17, 2018, needs to be replaced one year after, and includes several crucial changes to the WHOIS service.

However, the Temporary Specification lacks legal analysis and clarity on a variety of issues, including how contracted parties would need to ensure “reasonable access” to registration data. On 19 June 2018, the Generic Names Supporting Organization (GNSO) Council initiated the Expedited Policy Development Process (EPDP) on the Temporary Specification for gTLD Registration Data to find a permanent Consensus Policy for the contracted parties developed by the ICANN community. Thomas Rickert is one of the EPDP team members, representing the Internet Service Providers and Connectivity Providers Constituency (ISPCP). It is expected that the EPDP Team will publish its initial report in early November 2018.

The definition of eligible third party user groups, determination of global authentication requirements for law enforcement in accordance with applicable legal frameworks, and the question which data can be collected and published from registrants were still key in the debates. The eco Names & Numbers Forum – creator of the “GDPR Domain Industry Playbook” – follows the process very closely and informs its members about further developments. To do so, the eco Names & Numbers Forum held a joined workshop with i2Coalition at the end of the meeting in Barcelona, to discuss the current status and development with the membership of both organizations.

In parallel, the ICANN Organization continued its work on a Possible Unified Access Model for Continued Access to Full WHOIS Data. The proposal is a working draft to find a unified solution for all gTLD registrars and registry operators that is automated and GDPR compliant. The ICANN Organization is also exploring the option to centralize the WHOIS in order shift liability from the contracted parties to the ICANN community, but no details are known so far on how this can be operationalized. Please note that this action is taken by the ICANN Organization and is not related to the work of the EPDP.

See two members of the EPDP, Kurt Pritz and Rafik Dammak, discuss their work and accomplishments during ICANN63. 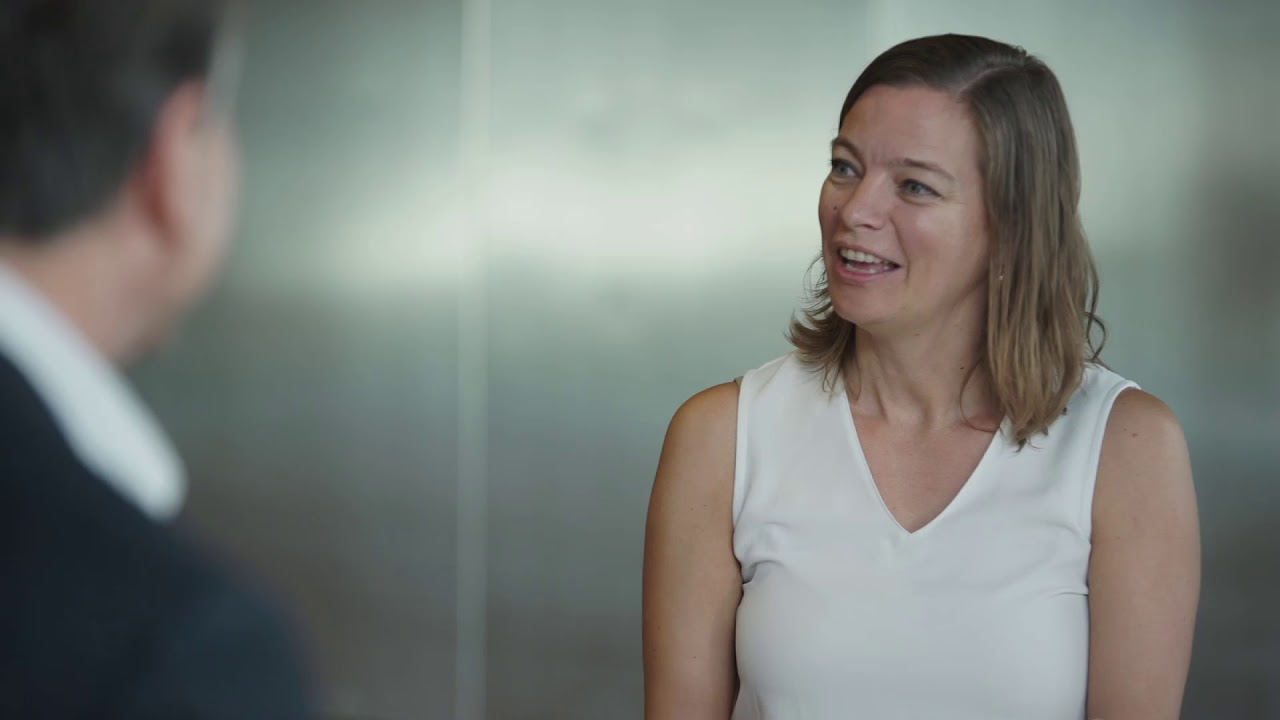 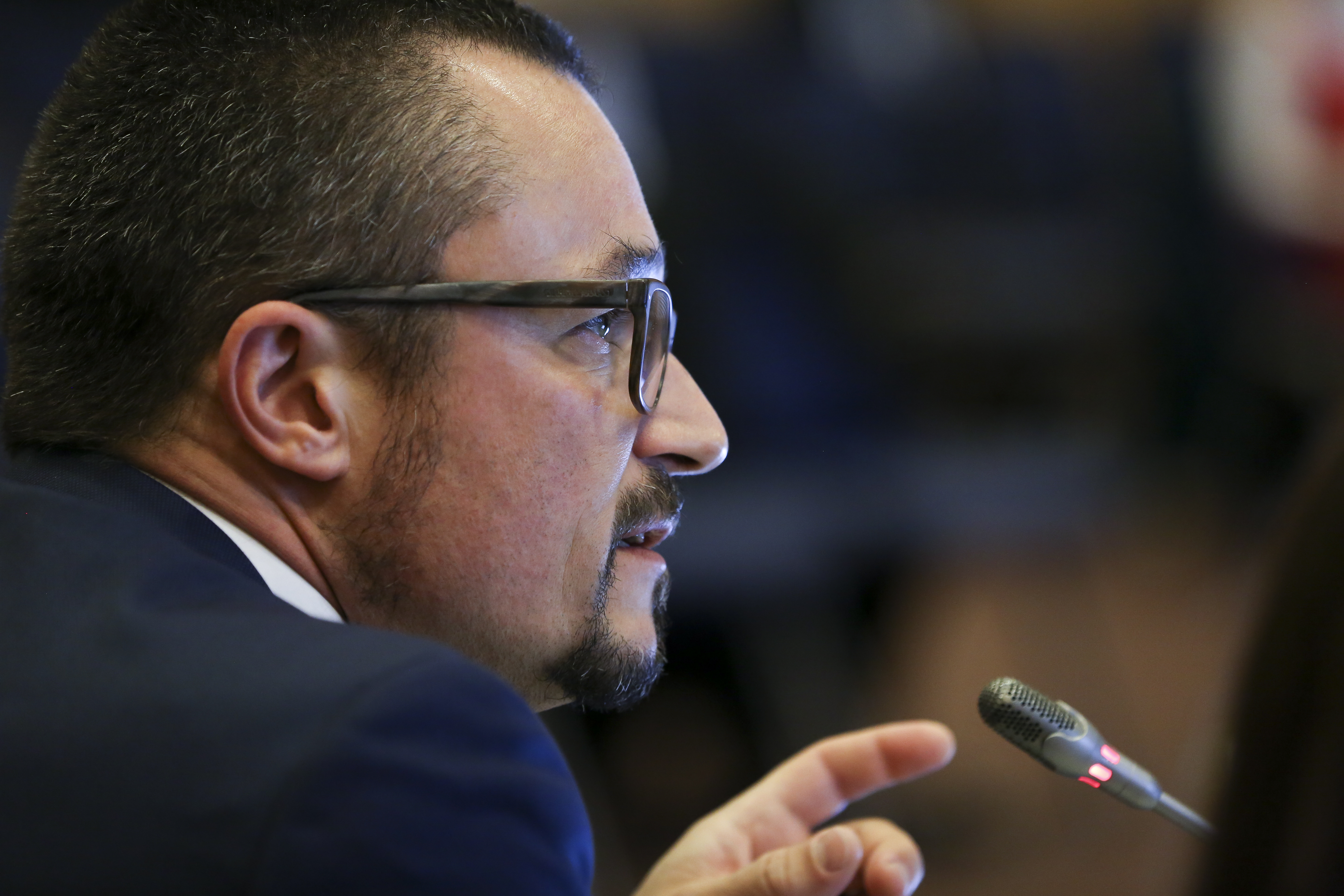 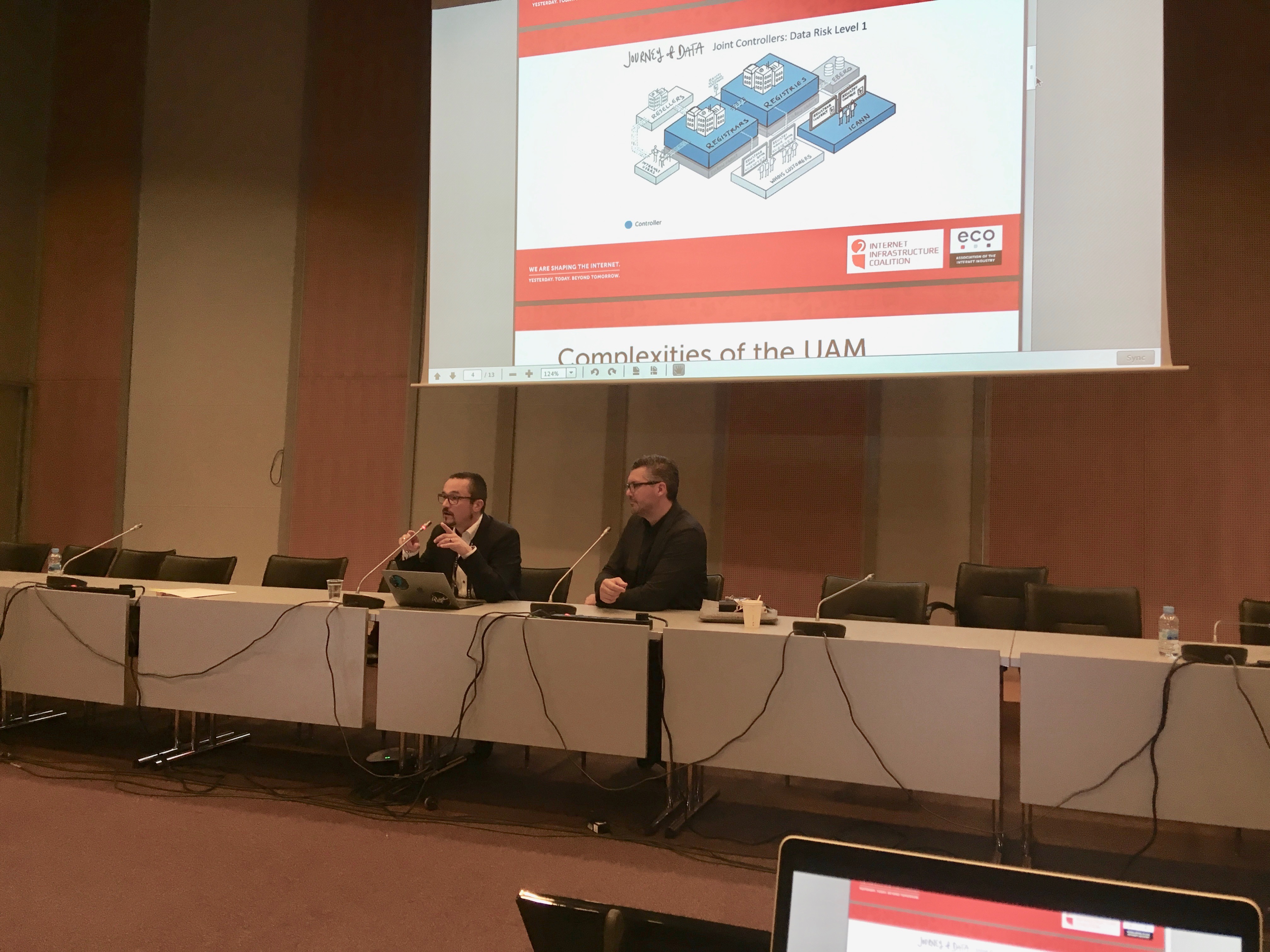 Whilst the Cross Community Working Group on Enhancing ICANN Accountability (CCWG-Accountability) has completed its work a few months ago, there were discussions by various chartering organizations who had not approved the recommendations of the Work Stream 2 final report. By the end of ICANN63, all chartering organizations have approved the recommendations with the exception of 1 recommendation on the question of jurisdiction, which the GAC has neither approved nor rejected. Thomas Rickert, the GNSO appointed Co-Chair of the CCWG, answered questions from the GAC during their related session in Barcelona. The WS2 recommendations will now be sent to the ICANN Board for approval and implementation. 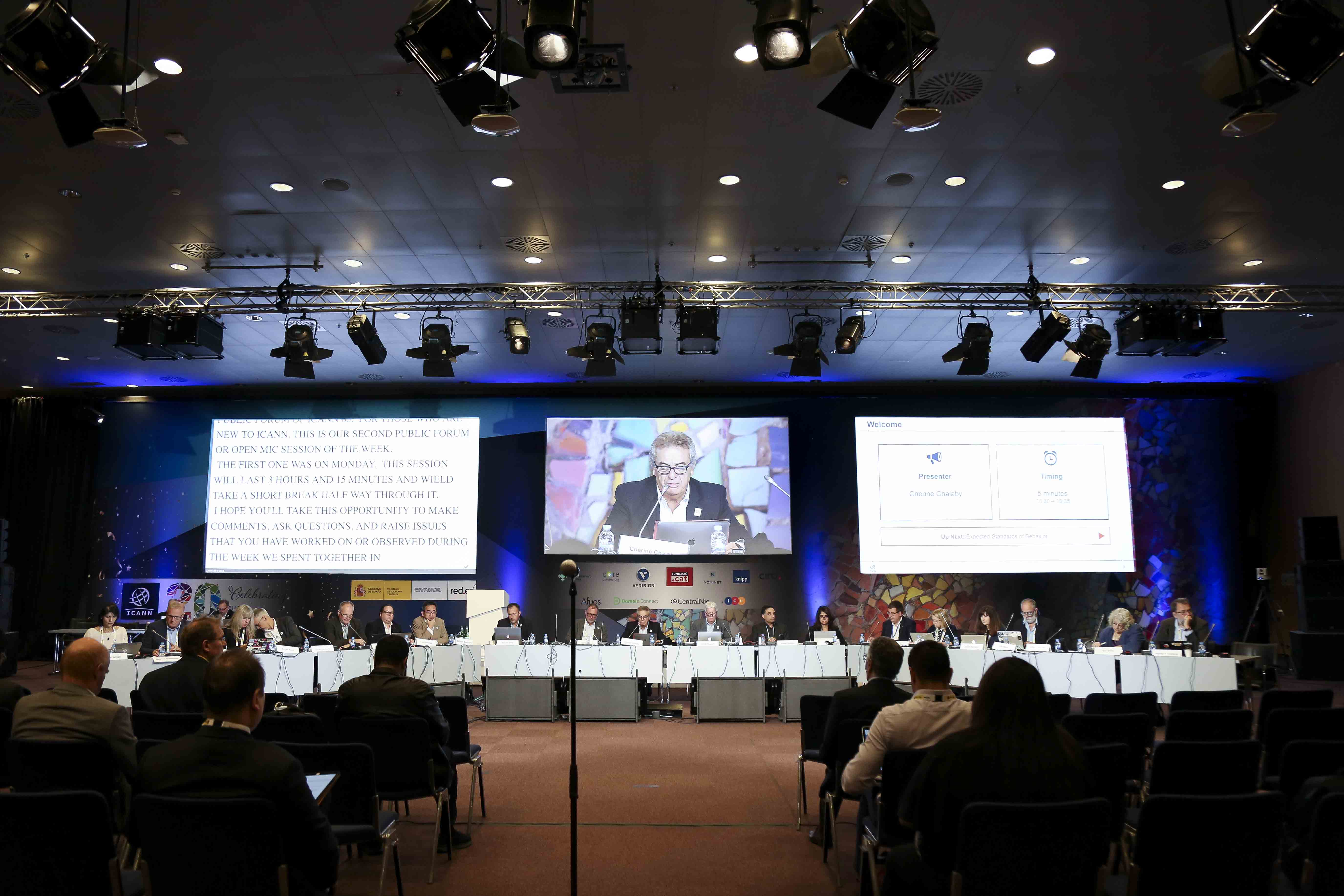 This event was attended by network operators, telecom and ISP technologists, and policy professionals to discuss"Addressing Connectivity – to Build Our Digital Future".

In the closed and public ISPCP meeting sessions the constituency discussed the current status in the Expedited Policy Development Process (EPDP) on the Temporary Specification for gTLD Registration Data, the status of work of the Universal Acceptance Steering Group (UASG), GNSO Council Updates & Council Chair Elections, the review of the ISPCP charter, and the initial report of the Cross-Community Working Group on new gTLD Auction Proceeds (CCWG).

The CCWG developed a structure and preliminary recommendations, how to deal with the money (approx. USD $200 million) that ICANN collected from the auctions for contested new gTLDs. They are currently four options to be discussed:

Concerns have been raised within the ICANN community and within the ISPCP towards comments from the ICANN CFO Xavier Calvez to use the auction proceeds to fill the existing gap in the ICANN reserve fund (approx. USD $40 million).

In the following interview Philippe Fouquart, together with Tony Harris one of the current representatives to the GNSO Council for the ISPCP, explained the role of the ISPCP within the GNSO and within ICANN. 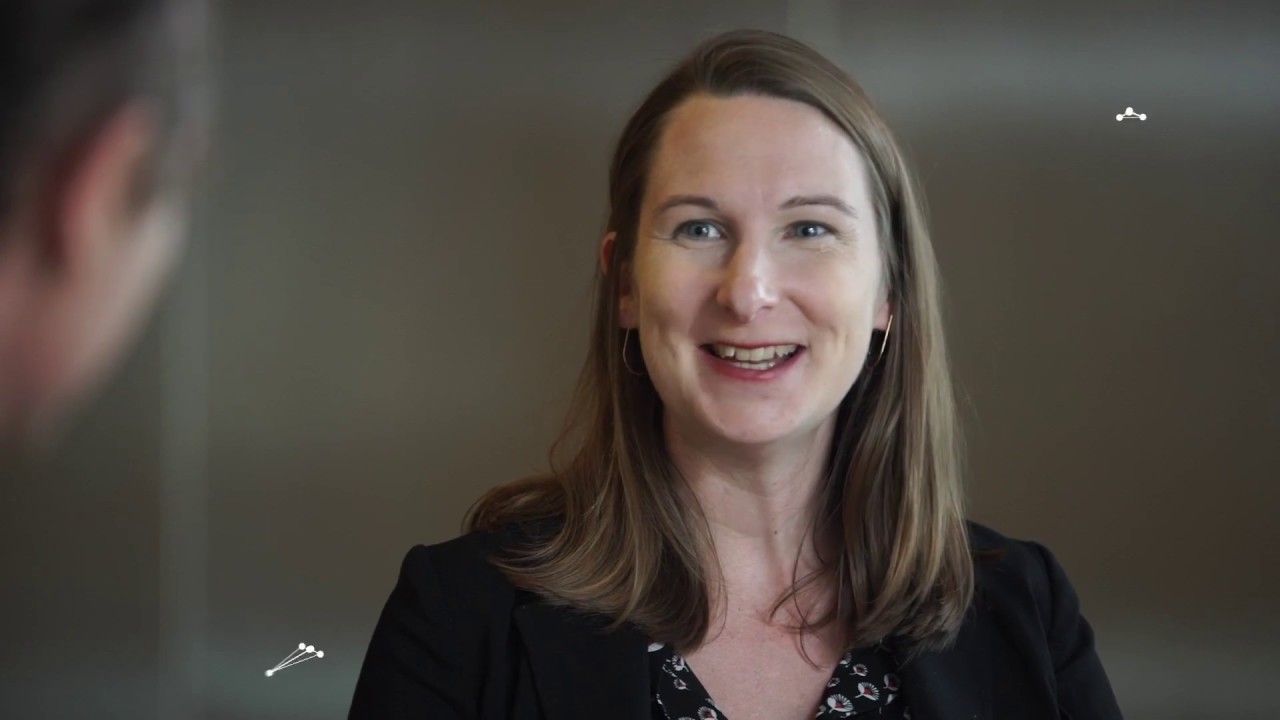 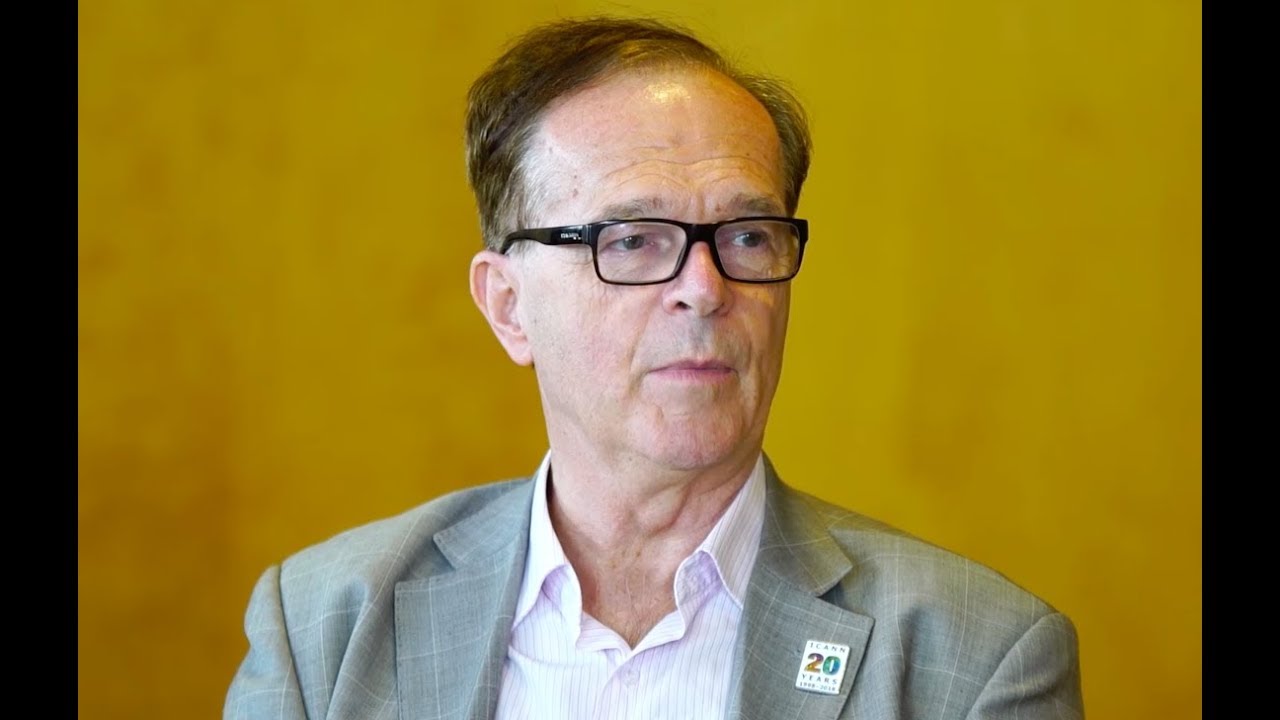 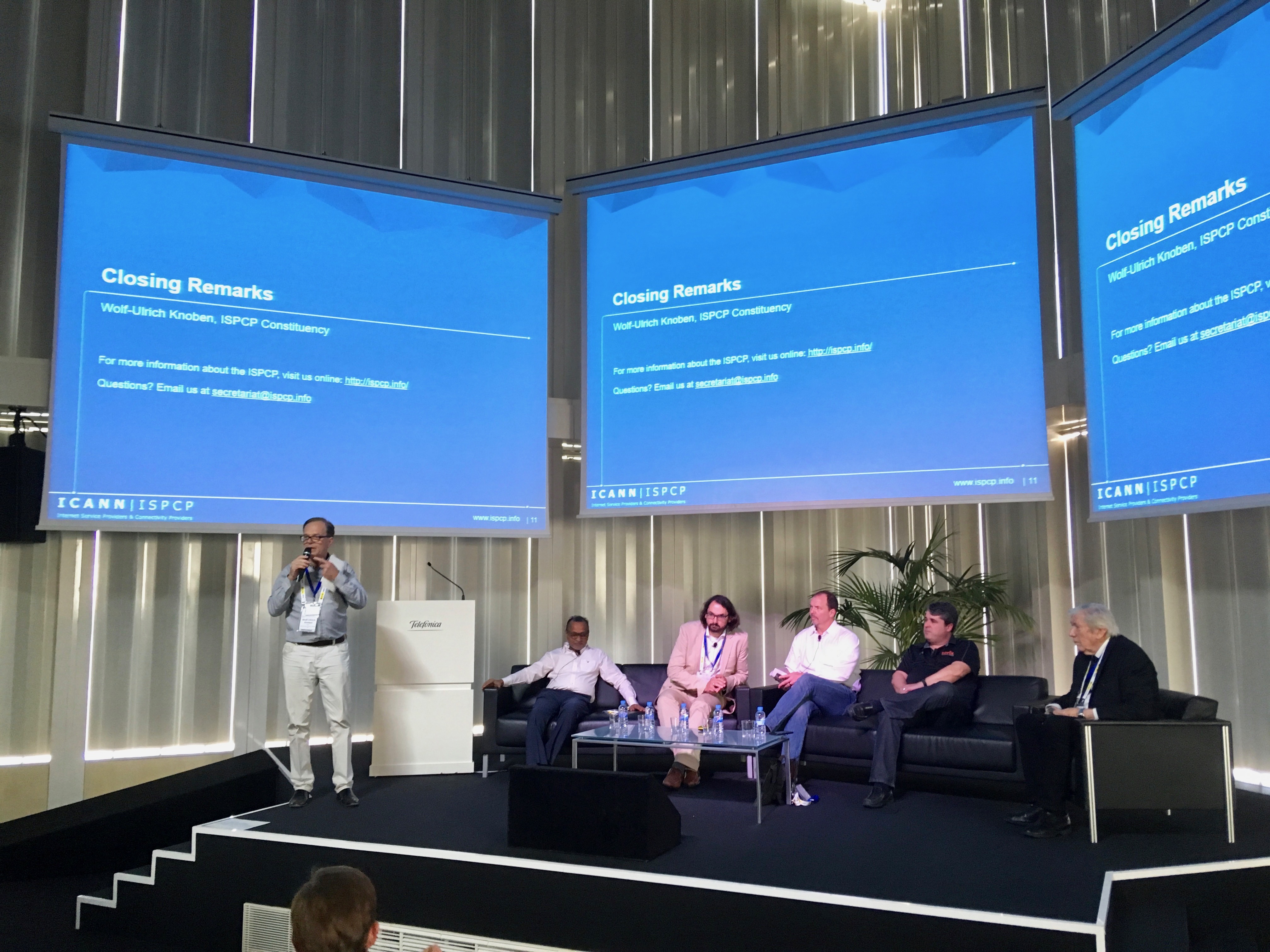 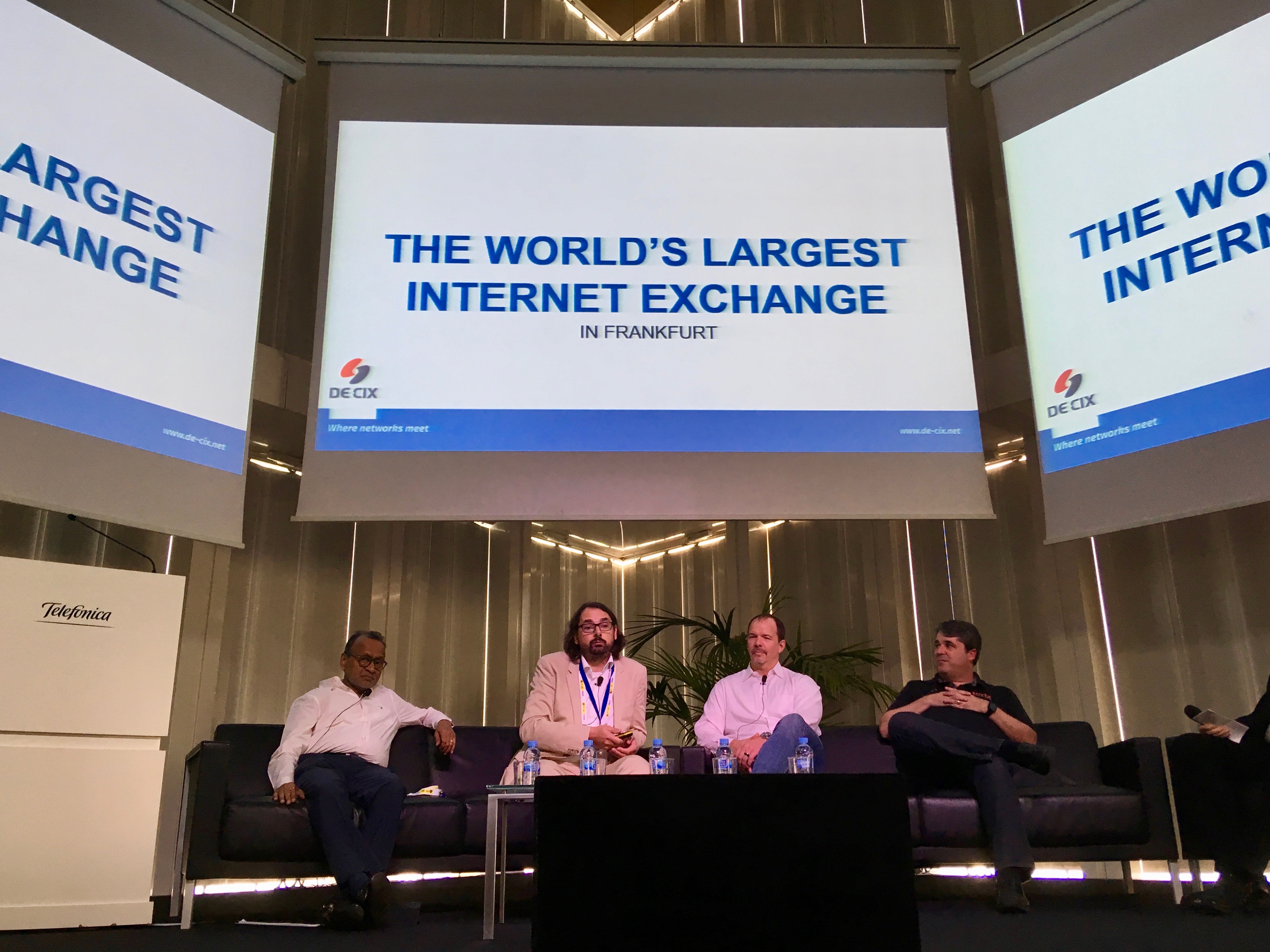 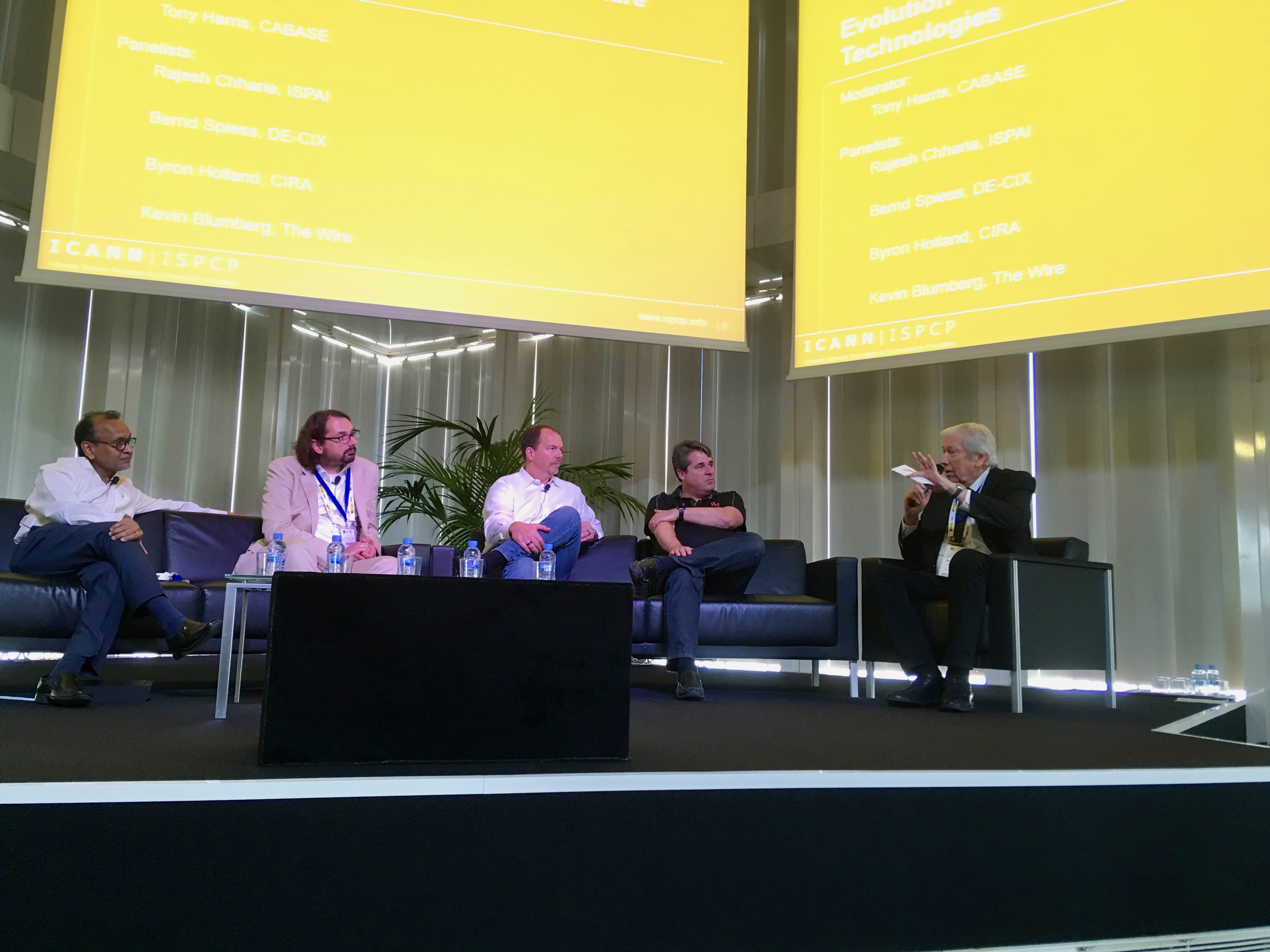 During the Members Meeting of the Country Code Names Supporting Organisation (ccNSO) Giovanni Seppia, External Relations Manager at EURid, gave an update on the impact of BREXIT on the .eu Top-Level-Domain and the proposal for a new .eu regulation.

In March 2018 the European Commission published a “Notice to Stakeholders on the Withdrawal of the United Kingdom and EU Rules on .EU Domain Names” to inform that in the event of BREXIT, UK residents would no longer be eligible to register or renew .eu domain names. Additionally, the European Commission informed the .eu registry and its registrars in April 2018 that .eu domain names registered by UK residents could no longer be processed as from 30 March 2019 if there is no valid BREXIT agreement between the EU and the UK government.

Regarding the proposal for a new .eu regulation Giovanni Seppia reported that it is currently in the process of approval in The European Council and the European Parliament. The proposal includes updated eligibility criteria which will also have an impact on UK residents and that are not fully in line with the notice from March 2018 mentioned above to revoke more than 300.000 .eu domain names in the event of BREXIT.

Like CENTR also eco submitted comments on the notice and the proposal by the European Commission in August 2018 to support its member EURid. The comment has been endorsed and co-signed by 26 eco member companies and associations.

The Universal Acceptance Steering Group (UASG) had four sessions at ICANN63 in Barcelona. In less than four years from its inception, the UASG is nearing the end of the beginning. Pursuit of Universal Acceptance (and EAI) has always been seen as a long-term initiative – similar to DNSSEC and IPv6 adoption.

Both UA and EAI have arisen because of changes in the core Internet specifications from the IETF that allowed the support of non-ASCII character sets in domain names and email addresses. The creation of additional Top-Level-Domains since 2001 with longer lengths and different scripts than original legacy TLDs wasn’t a change in standards but instead an exercise of existing standards and a significant deviation from traditional norms.

The solution requires software developers to bring their applications up to standards. It is not a solution that can be achieved by a small number of actors – though the UASG is working with major software providers to encourage them to get their core systems UA and EAI Ready. Instead, every application that uses a domain name or an email address must be reviewed. So far, the UASG has produced good quality documentation aimed at various knowledge levels – from the non-technical C*Suite to the very code focused geeks.

The group presented its new approach at ICANN63 with a Technical Marketing Team and in closer collaboration with the ICANN GSE team to have more resources for outreach efforts and follow ups. In Barcelona the UASG also discussed the option to organize Hackathons, Code-Sprints and other activities to get more developers engaged. The UASG will continue and intensify its collaboration with associations, schools on Internet Governance, standardization bodies, ISOC, IGF and relevant conferences. 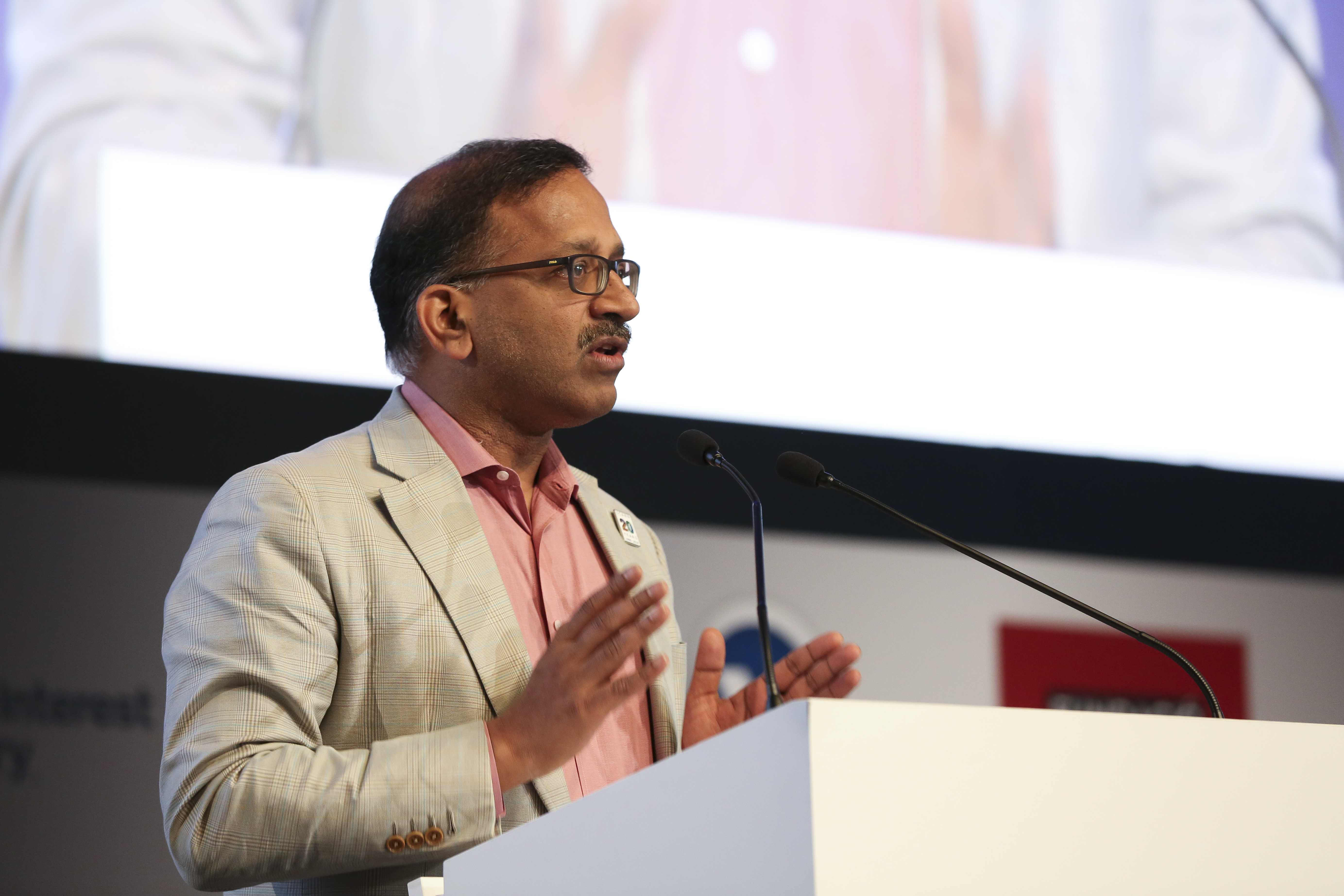 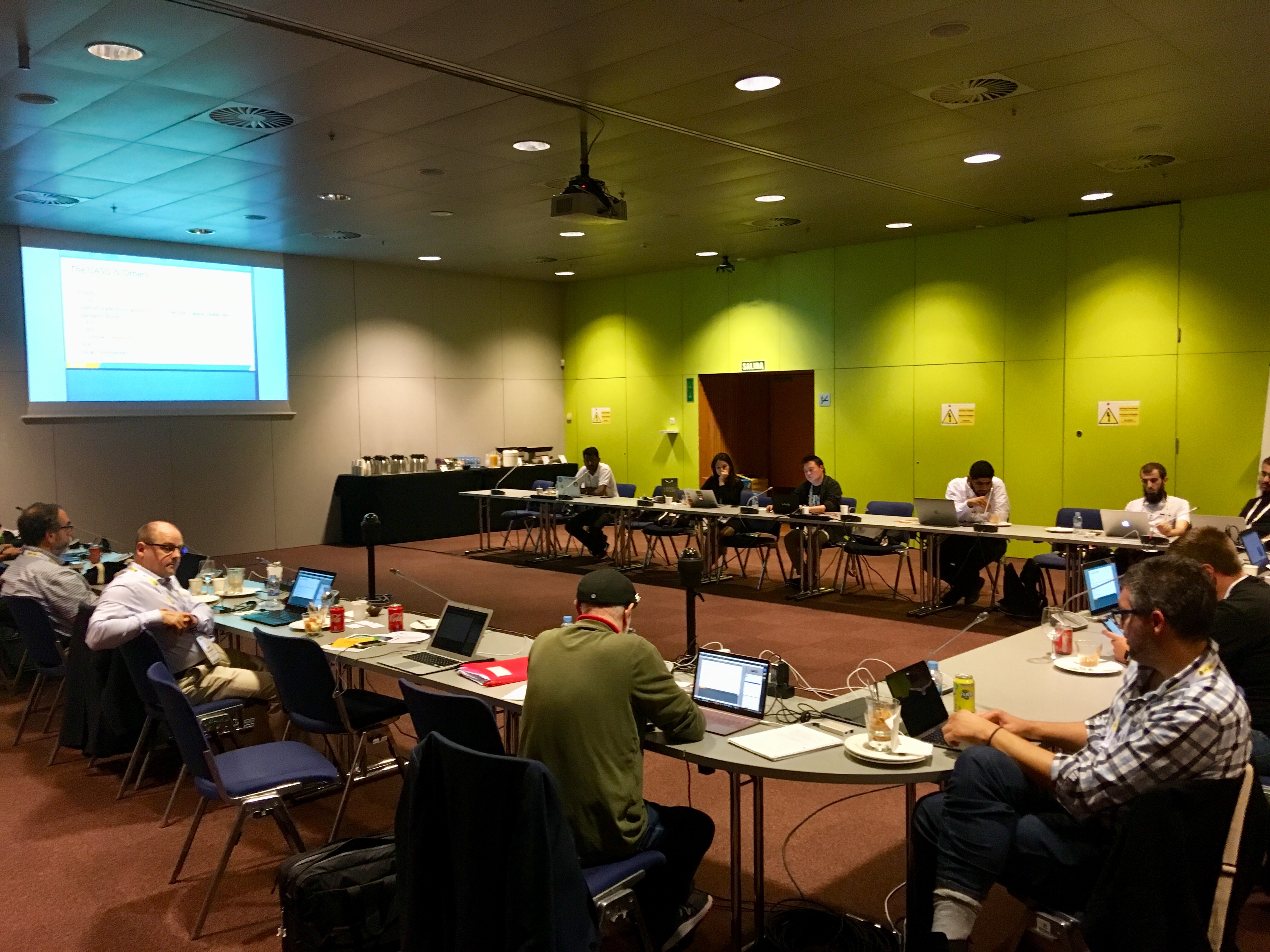 Like at every ICANN meeting the unofficial kick-off for the communities of DENIC and eco who co-hosted the German Night took place the evening before the official opening ceremony of the ICANN meeting in Barcelona. This time the networking event took place at the W Hotel Barcelona. 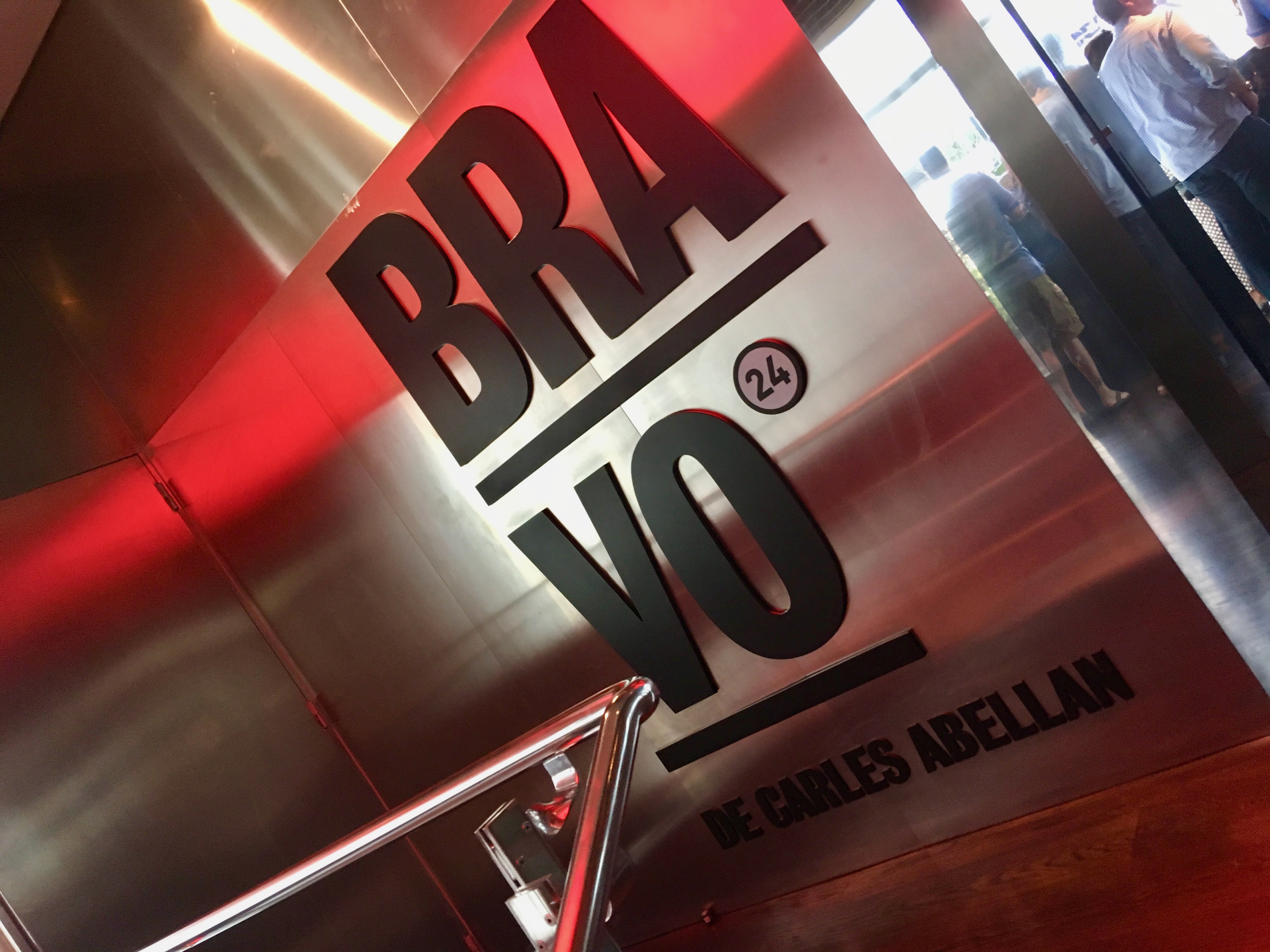 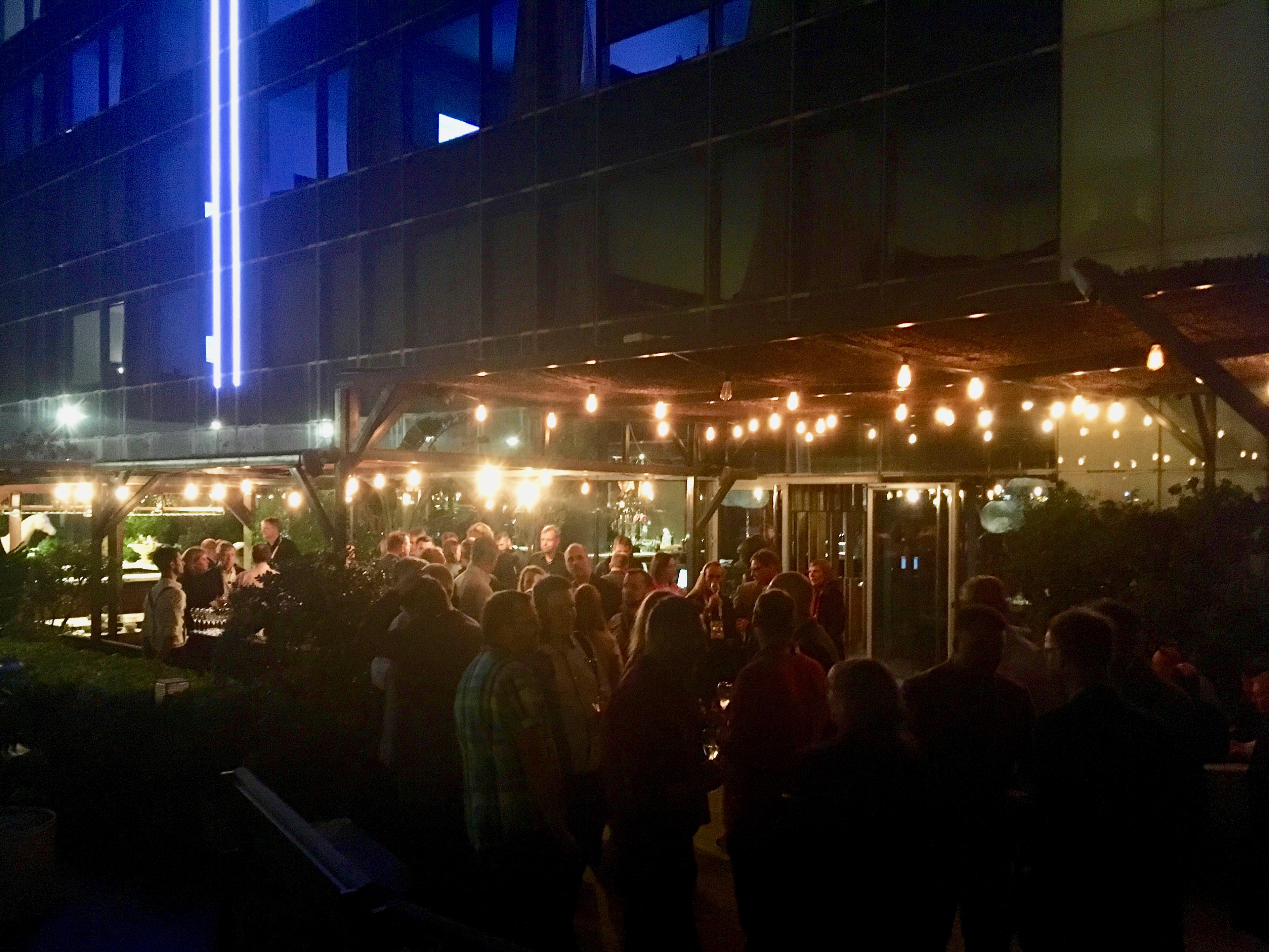 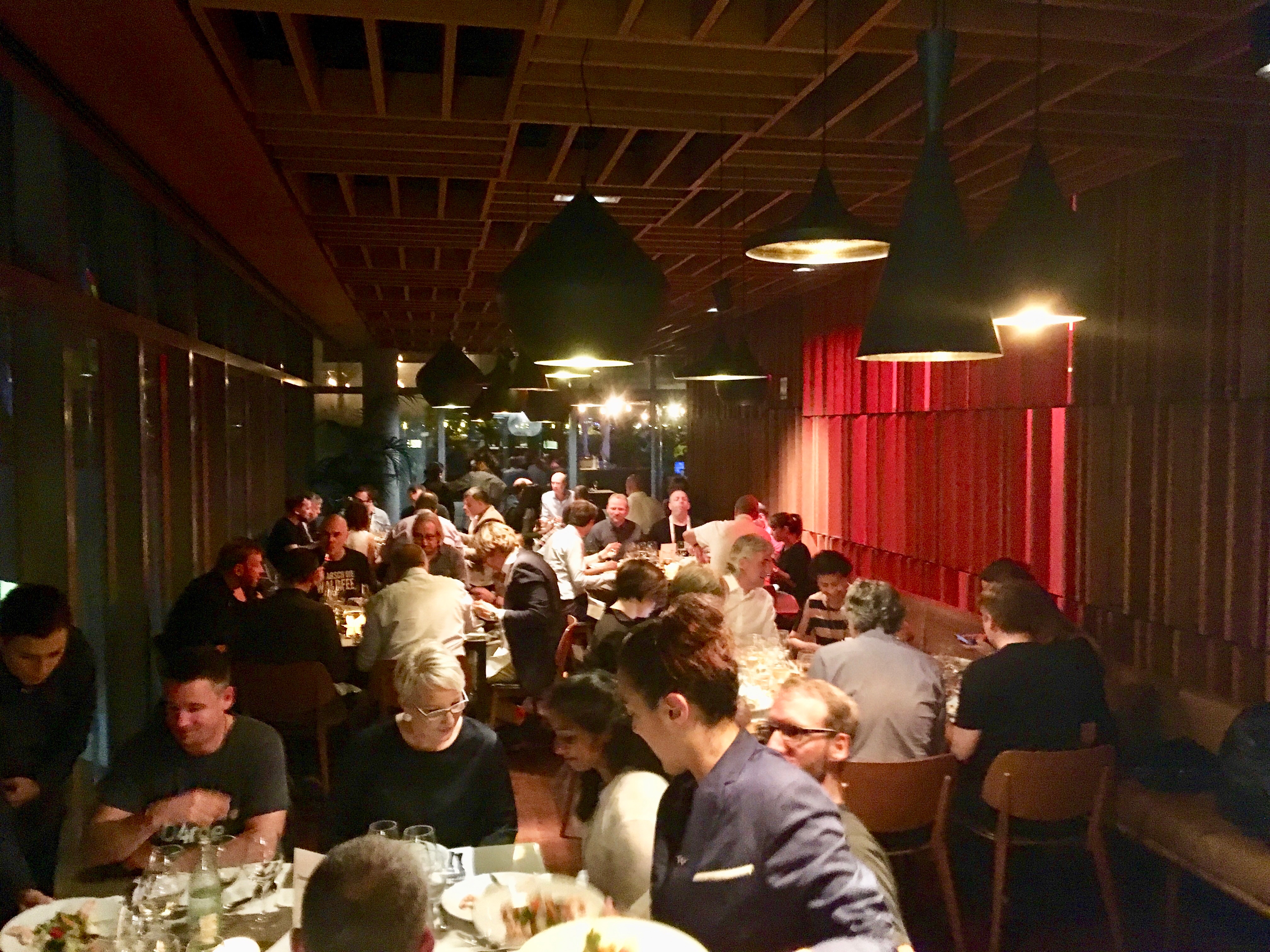 The ICANN64 Community Forum will be held on 9-14 March 2019 in Kobe, Japan and is already open for registration.

ICANN69: Meeting Online Instead of in Hamburg

The ICANN69 Annual General Meeting (AGM) will not take place in Hamburg from 17-22 October 2020 as originally planned, 2,500 participants from over 120 countries had been expected. The meeting to coordinate core Internet functions, such as the unique assignment of names and addresses, has been moved online.

The nomination period for the seventh edition of .eu Web Awards is now open and will run until 5 August. Make sure you vote for your favourite website in each of the five categories. The .eu Web Awards is an online competition to acknowledge websites that have high-level security standards, excellent content, and a smashing...