There’s no doubt about it: the goals that the German federal government is pursuing with its National Action Plan on Energy Efficiency Strategy 2050 are ambitious. Looking at the medium term: By 2030, the consumption of primary and final energy is intended to be reduced by 30 percent. And by 2050, the federal government wants to have turned Germany into the world’s most energy-efficient economy, and to have halved primary energy consumption compared to 2008. At the end of last year, the German Federal Ministry of Economics and Energy (BMWi) presented its strategy paper alongside sectors with efficiency-enhancing potential. With the help of a dialogue process entitled “Roadmap Energy Efficiency 2050”, required actions are now to be evaluated and developed.

As a member of the Working Group on Digitalisation, eco too is participating in the dialogue process. In addition to the discussion on energy efficiency potential in the Internet and digital industry spheres (computer centres, applications/software and end devices), possible cross-sectoral efficiency effects in the industrial and building sectors are also to be evaluated. At the first meeting of the Working Group on Digitalisation, to be held on Thursday, 18 June, the Association of the Internet Industry will be represented by Dr. Béla Waldhauser. As Spokesperson of the Alliance for Strengthening Digital Infrastructures in Germany, an alliance founded in 2018 under eco’s umbrella, Waldhauser is bringing the expertise of data centre and cloud services operators and co-location providers into the mix. “Data centres in Germany are already operating in a very energy-efficient manner and as such are having a major impact on achieving climate targets”, says Waldhauser. “But with the right political framework conditions, they have the capacity to become even more sustainable.” For example, Waldhauser points to the accelerated expansion of renewable energies and the intensified use of cloud solutions. In addition, the use of waste heat from data centres is an area that he believes should be promoted more strongly.

In the meantime, the alliance founded by eco has also set itself the goal of having data centres and digital infrastructures in general become even more sustainable. The association recently presented the first part of a new German-language study* commissioned by the alliance from the Borderstep Institute. Among other things, the study provides information about the current sustainability potential offered by German and European data centres. The publication of the second part of the study is planned for autumn of this year.

*The Alliance/Borderstep Institute study will shortly also be available in the English language.

eco on GAIA-X: Cloud Network Paves the Way for a New Level of Digital Sovereignty

eco Chair Oliver J. Süme: “GAIA-X paves the way for a new level of digital sovereignty, which at the same time goes hand in hand with high European data protection requirements and reliable IT security.” 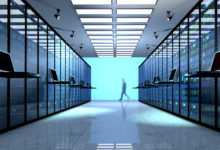 In times of the coronavirus crisis, the data volume is growing exponentially. And yet network operators in Germany are at a distinct competitive disadvantage, with electricity costs being four times higher than in other European countries. The Alliance for the Strengthening of Digital Infrastructures in Germany therefore calls for the EEG levy for data centers to now be lifted.