It is longer possible to imagine everyday life without digitalization and the Internet. Whether it‘s the mobile phone, smart TV, home lighting, or the car – almost everything can now be connected through the Internet and supplied with the latest information, video streams, and updates, or can be opened or controlled via the Internet. Digitalization is also making significant advances in the economy. Developments such as the connected car, the Internet of Things, artificial intelligence, or the 5G mobile communications standard offer just a few examples of where we are heading.

Digitalization represents a significant challenge for us all. International corporations as well as small and medium-sized enterprises (SMEs) have to adapt, and politicians are also confronted with a multitude of new questions. The structural change is affecting almost all areas of the economy and is exerting an impact on existing and future business models. While all of this opens up many opportunities and possibilities, it also presents us with numerous new challenges.

In order to maintain Europe‘s competitiveness in the global market in the future, a strong digital single market is needed, and for digital change to succeed in all sectors of the economy, the appropriate framework conditions for digitalization need to be established. A unified legal framework for the digital markets and the operators of digital technologies and services would facilitate the innovative strength of existing industries and economic players, would enable new value chains and business models, and lastly – and importantly – would strengthen new companies and start-ups.

During the 2014-2019 legislative term, a large number of proposals were presented by the EU Commission with the aim of adapting or replacing existing regulations. The spectrum of topics addressed ranged from IT security to copyright law. Despite the multiplicity of initiatives, the development of the digital single market is far from complete. On the contrary, it is a project that is constantly evolving. The next
step is to be the transition of the specific digital single market to become a part of the general European single market.

From eco‘s point of view, many political plans and projects suffered from a lack of understanding of digital technologies, not just in terms of their opportunities and challenges, but also in terms of their practical limitations. Regrettably, the discussion about advancing digitalization is conducted with an underpinning mindset that is skeptical of technology and the Internet and that is strongly influenced by the interests of established industries. An imbalance has emerged. Moreover, the bodies involved in the Commission, the committees in Parliament and the Council and ministries in the EU Member States have sometimes failed to adopt a common idea or a common goal. Here eco sees potential for optimization in the future.

But the EU also needs to further develop in a number of specific areas. eco would like to highlight particular priorities, areas of activity and action, as follows.

for the 2019 European Elections

The EU must ensure a pan-European approach to the fight against cyber threats, prevent Member States from taking national unilateral action, and also ensure the involvement of citizens.

The EU needs to prohibit blanket and government surveillance without specific cause of the European population in all Member States and instead do more to promote encryption and secure services.

The EU must adopt a standard approach to the prosecution of cyber crime and establish fair rules and standards – with regard to small and medium-sized enterprises – for cross-border data access in investigative proceedings.

The EU must ensure that Member States implement and apply the General Data Protection Regulation in a uniform and consistent manner.

The European Data Protection Board must involve the Internet industry more closely in its work.

The EU Commission and Parliament must engage in an open dialog with industry in discussing plans for the ePrivacy Regulation in order to avoid a fragmentation of the European data protection framework.

The EU Member States must speak out categorically against blanket data retention without specific cause.

Violations of Law and Liability on the Internet

The EU must not further weaken the solid and tried-and-tested regulatory framework for the provision of digital services in Europe through inconsistent changes to the e-Commerce Directive and the “Notice and Action” principle.

The EU must develop a cooperative and socially inclusive approach to dealing with hate speech and fake news, one which involves industry and the public and which does not rely solely on technical solutions.

To combat online crime, the EU must strengthen and expand law enforcement and the work of globally networked hotlines.

The European Commission and Parliament must develop a modern European copyright
law that reconciles the legitimate interests of authors and creators, distributors, the Internet industry, and users.

The EU must develop a consistent strategy – incorporating elements such as research, education, training, and energy costs – to ensure digital self-determination on the basis of high-performance digital infrastructures.

The EU needs to maintain and further develop its well-balanced regulatory approach to safeguarding the free Internet and being innovation-friendly.

Within the scope of media convergence, the EU must establish a consistent regulatory framework which subjects similar services and products to the same rules.

The EU must take a firm stand against protectionist tendencies that penalize digital services and business models, both in individual Member States and at European level.

The EU must take greater account of start-ups and small and medium-sized enterprises in legislative proposals and establish appropriate and equitable market and competitive conditions.

The Council of the European Union should pull back from its plans for a digital tax and instead work towards a single taxation system that taxes all companies according to the same principles.

The EU must develop a coherent European strategy to strengthen the development and deployment of artificial intelligence and blockchain technologies.

To take optimal advantage of the opportunities and potential of digital transformation for a collective European digital single market and for Germany as an industry location, we need the political direction for this transformation to be set centrally. This agenda setting is occurring more and more frequently at the European level.

The Commission conceptualized its Digital Agenda for Europe, presented in May 2010, as one of the seven flagship initiatives of the Europe 2020 Strategy, and in so doing, tied it in to the Lisbon Strategy. Multiple proposals have been put forward by the EU Commission in the current legislative term to adapt or replace existing regulations. The topics have ranged from cyber security through to copyright. Despite the number of initiatives, the digital single market is still far from completion. Rather, it more closely resembles a constantly developing and evolving project.

What is clear is that if Europe wants to achieve its ambitious goals, it will be even more important in the coming legislative term to implement a modern Internet policy decisively and stringently.

As part of our new event series polITalk special: #EUVoteforDigital, we would therefore like to, together with you, look to the future and discuss:

What are the greatest challenges and the greatest opportunities for Europe in the context of digital transformation?

What has the European Union achieved with its Digital Agenda 2020 for Europe, and what Internet policy objectives are the various parties aiming for in the coming legislative term? 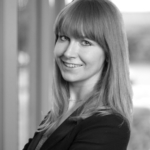